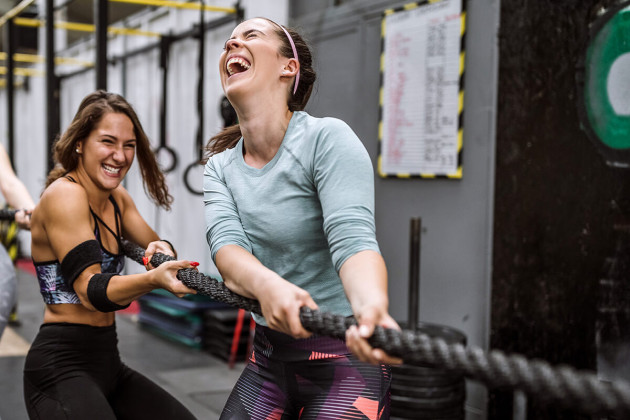 Read on to see how you can win a copy of Take Your Space: Successful Women Share Their Secrets by Dr Jo Cribb.

With the rising costs of living, talk of the ‘great resignation’ and a talent shortage to boot, is now the right time to ask for that raise, or go large on negotiations if you’ve landed that new role?

For many women asking to be paid what they are worth makes for a challenging, sometimes uncomfortable conversation. And for some, asking about pay can be difficult or inappropriate due to a range of cultural and personal reasons.

When Sarah landed her dream role, she had already asked what the salary band was, and knew she needed to negotiate the best deal possible once she had the offer.

“In the past I’ve not felt comfortable asking for more money and often regretted it. I know now that negotiation is a standard part of the recruitment process,” she says.

“I am also conscious that future pay increases are usually going to be capped, so if you don’t get within a decent ballpark of what you want at contract signing time, it will take a while to get there once you are in the role.”

Dr Jo Cribb, co-founder of Mind the Gap and co-author of Take Your Space: Successful Women Share Their Secrets, says it pays to know what you’re worth before you hit the negotiating table.

“Do your research. Talk to recruiters to get a benchmark for what similar roles and skillsets are paying, or check out other jobs being advertised. Chat to your peers or people you know in the industry,” she says.

“Talking about pay is uncomfortable, but we all have the right to ask. Once you know what you’re worth, have the confidence to highlight this to your prospective employer.”

Most employers will have some wriggle room on what they offer, but it pays to consider the full package and not just the pay. It’s a good idea to weigh up what is also important to you. That might be flexibility, staff benefits like higher contributions to KiwiSaver, extended parental leave or professional development opportunities.

Check out our KiwiSaver calculator to see what the difference can be if you’re employer contributes 6% compared to 3% to your balance over time. This can really add up!

Asking for a raise

The ‘great resignation’ or ‘great reshuffle’ is making headlines, with reports of millions of people chucking in their jobs around the world for other opportunities.

It’s certainly causing many employers to stop and think about the best ways they can retain their staff – and they’re thinking more broadly than what they can pay their people.

For the most part coming in cold and asking for a pay raise is probably not the best approach. You really want to hinge it on performance or if you’ve ended up taking on more responsibilities. Have a read of your company’s renumeration policy and practices. Often the best time to do this is around annual performance reviews.

You can apply some of the same approaches you use when negotiating a new role. Do a bit of research to know what you’re worth, but use the added weight of being able to demonstrate what you’ve achieved in your current role to make your case.

A top media exec, who has done her fair share of hiring people and performance reviews, recommends coming armed with a list of your achievements and some clear points about why you deserve to be paid more.

She would like to see more women having the confidence to ask for what they’re worth.

“In my experience as a manager, men don’t think twice about asking for more money, but frustratingly women just aren’t asking like their male counterparts. I’ve seen plenty of scenarios where women are happy to accept an offer for the same role at a lower salary to a male candidate, who will almost always try and push it up.”

Across the board, Kiwis generally don’t like talking about money – particularly sharing what each of us get paid. This culture of pay secrecy is doing nothing to help the close the gender and ethnic pay gaps experienced by women, Māori and Pacific Peoples.

According to Stats NZ, the gender pay gap is 9.1% and has remained stubbornly around 9-10% for the last decade.

Jo says if we can start normalising conversations about pay and pay gaps, we will encourage greater transparency and we can bridge the pay disparities in Aotearoa.

“Not talking about pay gaps makes it worse. About 20% of the gender pay gap in Aotearoa New Zealand can be accounted for by differences between men and women in education, occupation choice, age, type of work and family responsibilities.

“The remaining 80% cannot be easily explained other than by behaviour, attitudes and assumptions about women in work, including unconscious bias and discrimination.

“We want an Aotearoa New Zealand where everyone is paid fairly for their work, where pay discrimination based on ethnicity, gender or ability no longer exists.”

Things to think about when it comes to your pay

We have 5 copies to give away of Take Your Space: Successful Women Share their Secrets, by Dr Jo Cribb and Rachel Petero.

To enter to win, leave a comment below telling us if you’ve ever asked for a raise or negotiated your salary.

Always asking for a pay rise

Excellent content Jo but PLEASE pronounce the word 'Women' correctly. It is plural and pronounced Wimmen.
(The singular is Woman.)
One woman
Two women
Thank-you.

I've never had the courage to ask for a pay rise. I'm thinking that in the current climate it might be both necessary and beneficial.

I know I'm worth it!

I have asked, and it never goes well as my work is always perceived as 'just admin' when actually its developing and implementing the systems that enable the men to do their operations work. It's maddening. Two years on, I am feeling really burnt out from consistent undervaluing in terms of pay. I work in construction.

I have never asked for a pay rise. I did try negotiating salary when I moved from private to public sector, however recruiter would not budget as salary scales are set. Ended up taking the job 20% salary cut but there were generous benefits that compensated.

Exactly where I am at! About to have an APA and will be winging it… would be great to have this resource… long overdue in my life!

I've negotiated my salary when I started a new job in an adjacent department. I found it really hard and the HR person wasn't great to deal with, but I got the raise. Sucked when I found out guys with less experience and education doing the same job hadn't had to try for a higher salary and they still ended up earning more than me.

I have negotiated for a higher salary. It was a bit scary, but I then realised that I was worth the extra money, and if they didn't agree to what I wanted, then I had decided it was time to look for a new role where I would be appreciated and paid what I am worth.

I have never had the courage to ask for a pay rise even after years of dedication at various Jobs. But after reading the outlines of the amazing book above, it has taught me to step out of my comfort zone and take the time and have the courage to ask and get what I'm worth, and mostly, don't be afraid, as if you don't ask, you'll never get.