Sorted's blog
Double or nothing with the kids

Double or nothing with the kids 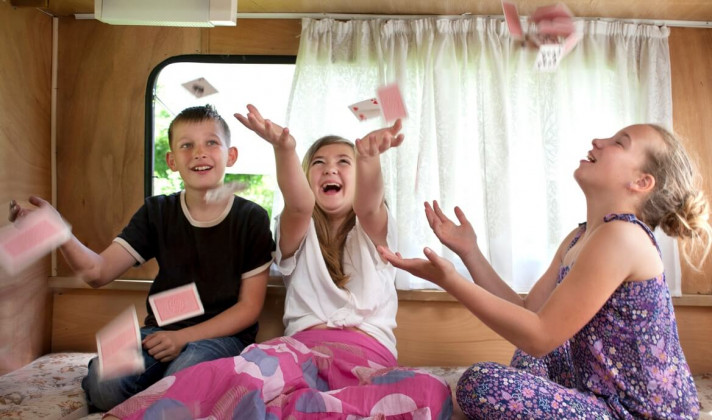 Do try this at home: the next time the kids in your life are about to splurge with the pocket money you’ve just handed them, declare it “double or nothing day”.

It’s not a bet or wager – rather a promise that the kids will double whatever they don’t spend straight away. If they blow it all, they’ll get nothing extra, but if they come back with a dollar or two, they’ll double it. It’s a one-time deal that won’t be around for long, so don’t miss out! (It helps to dial up the FOMO.)

This novel idea came to me on the sidelines of a soccer pitch, from a sharemilker originally from South Africa who was coaching my son. He colourfully described how he would rock up with his mob to the mall, give them each some spending money and then surprise them with the “double or nothing” deal. There were a couple of key lessons he was getting across.

Money of course is a tool. So it’s clever to find new things to build with it. Incentives work – exhibit A: the popular KiwiSaver – so here’s an opportunity to use them to build some lifelong money skills.

First up among those lessons is delayed gratification – learning that even “spending money” does not have to be spent all at once, or straight away. Studies have shown that children who are able to put things off for a greater reward later tend to be more successful in many areas of adult life.

Now my kids are still in the process of understanding this, so I’m introducing “double or nothing days” throughout the holidays this year, with the goal that they’ll make savvier decisions with money. What I like about is it that they decide, and they can see the results right away.

The second important lesson is opportunity cost, or how spending on something today always involves some sort of trade-off with tomorrow, a future good. And because of the effects of compound interest over time, where money snowballs due to interest earning interest, that future opportunity is typically a worthwhile amount.

And isn’t this what investing is all about? The point in not spending now is not frugality per se, but rather to take advantage of the potential we have to grow financially over time. After all, we need a surplus in our budgets so we can save or invest and get to a better position.

Which makes all of this especially worthwhile for those who have a lot of time ahead of them, especially the kids. But you may have to introduce a “triple or nothing” day the first time around just to get their attention.

Shop, until your willpower drops