8 ways to hack Christmas when you’re stretching the budget

It’s on! This silly season, try these 8 money hacks 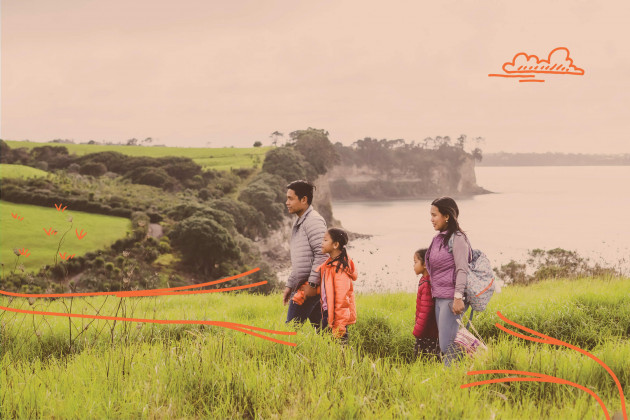 Ka mua, ka muri. In order to chart a positive path forward, it always helps to reflect on where we’ve come from and ‘walk backwards into the future’.

The homes we grew up in had immense influence on what we know and believe about money. Far more than school, our parents and environment shaped what we believe about money and the habits we have. We carry those experiences with us, and they continue to play out in many of our everyday decisions.

To understand why we make the money choices we do, we need to go back to our childhoods. Take a moment to reflect on what money was like growing up.

Kids are like sponges – we took in a lot about money

“As children grow, more is caught than taught, meaning children absorb a lot about money without even realising it,” says Rachel Cruze in her new book Know Yourself, Know Your Money. “For some, money is stressful and secretive. For others, it’s peaceful and positive.”

And just like we do with any of the other behaviours we saw at home (not just with money), we tend to either fall into the exact same habits… or we do the exact opposite! Or somewhere in between, as we change things up and make our own choices.

What did you feel and hear at home about money?

Cruze points out two ways that our parents communicated with us about money: emotionally and verbally. We got a lot of positive or negative vibes about things that were happening, including whatever was occurring in our family’s money life.

So as you remember your home, you may recall how it was regarding money emotionally. It was either more calm, or more stressed.

And you may also recall how it was verbally in terms of money as well. It was either more open in how money was talked about, or closed, with money never spoken about. Every household has topics that are taboo, such as politics, religion, sex… or money.

Depending where your home fell on the emotional and verbal spectrum, it would have been one of four types. See if you can recognise yours.

You would’ve grown up feeling tensions about money, but it was never talked about. You may have been shut down from asking any questions, too.

As a result you may find it challenging to open up about money and have the ‘money talk’ with your partner or whānau. Here’s some support for getting the conversation started.

Here too you would’ve grown up feeling money tensions, but there was no covering it up. Money troubles were both seen and heard, and perhaps arguments about money would erupt.

“Growing up could have felt like an emotional rollercoaster because the emotions would swing unexpectedly between the negative and positive,” Cruze explains. “This could often lead to feelings of instability and even chaos.”

The challenge for those growing up in an unstable money home is that they expect the conversation to be difficult or painful. That said, even if the communication wasn’t the best, it is still a good thing that money matters were talked about. It’s healthier.

At home you wouldn’t have felt many money anxieties, and money wasn’t talked about. You probably had little idea of your family’s money situation.

“Some say ignorance is bliss,” Cruze says. “While that is true for some things, it’s definitely not true when it comes to money. To make wise decisions with money, you have to know the whole picture – the good, the bad and the ugly.”

The challenge with an unaware home is that money wasn’t on our radars growing up. Perhaps the financial principles that would’ve been good to pass down the generations were not. You may not have been taught about making a spending plan for instance, and why it’s vital.

This is the home we hope for everyone – if you grew up in a secure money home, there would’ve been healthy money habits making you feel safe and secure, and parents talked about money openly and often. That’s not to say it was all easy financially, but money was handled well and it was not taboo to talk about.

Still, growing up you may not have been privy to all the money struggles it took to achieve a secure money home… The important thing is that it’s up to you to do what it takes to create one of your own.

You may have experienced more than one kind of money home growing up, too. I know mine could fluctuate between an anxious and unaware environment at times. We weren’t that verbally open about money. Or you may have split your time between parents’ homes that were quite different in how they handled money.

Whichever home you grew up in, it’s over to you now to chart a path forward to the one you’d like to have. Reflecting on where you’ve been first helps. Ka mua, ka muri.

In 'What was money like at home when you were growing up'.
The second paragraph, under 'Kids are like sponges' is absolute rubbish and undermines the authority of the entire website.
'We either do the same, or the exact opposite, or something in between.'
Thank you for your sage advice, I'll try to follow it.

Shifting the dial – having the confidence to kōrero about money

Can your investments make money while also doing good for the world?