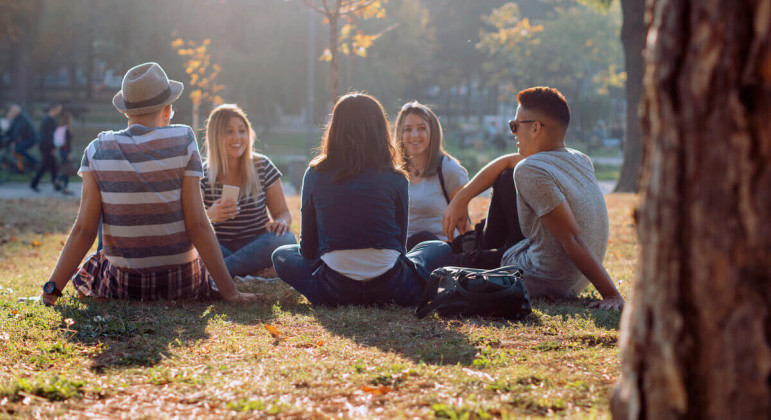 It’s Fraud Awareness Week. By working together, talking about scams and reporting them, we can keep each other safe. #TogetherLetsFightScams

Cash splashes across social media, and magically people watch $500 become $5,000. Who wouldn’t want to get in on that? That’s life-altering money.

Unfortunately, there is no magic way to make money out of nothing. Even if it’s called an ‘investment’, if something sounds too good to be true, it will be just that.

Way too often, these kinds of promises come from Ponzi and pyramid selling schemes.

Pyramids exploit the trust in our communities

So many pyramid schemes take advantage of the trust there is in our communities – often Māori and Pasifika. What connects us can be used against us – if we’re not vigilant.

Fraud Awareness Week is an opportunity to keep an eye out for loved ones – especially if they say they’ve joined a multilevel marketing (MLM) business or have been guaranteed huge returns on an investment they’re making. We need to keep each other safe just in case these are scams.

Why scammers love a pyramid

The pyramid-type frauds – the ones we need to look out for ­– rise up out of nothing and keep popping up like toxic mushrooms… as long as there are more people joining and throwing in money at the bottom.

Do you know the difference between a Ponzi and a pyramid selling scheme?

Both kinds of pyramids are against the law, as is receiving cash from them without paying taxes on it. Many use cryptocurrencies. They’re typically promoted by misleading us about what we’ll get out of it – the promised returns.

New Zealand's worst Ponzi scheme ever was run by David Ross of Ross Asset Management. More than 1,200 people were scammed out of $115 million.

Remember, any investment scheme that gets its income from recruiting new members is considered by law to be a pyramid scheme, and is illegal.

Pyramids – whether selling schemes with members or Ponzi schemes with investors – can be tricky to identify at first.

They can appear under the guise of mentorship, life coaching or personal development. Gifting circles, where you might be required to pay in a gift of, say, $5,000 to join, can also be pyramids.

And they don’t always take the shape of pyramids – they can be displayed in the shape of a lotus, for example. Instead of rising to the top of the pyramid, you’re given the goal to get to the centre of the lotus.

Another reason identifying them can be tough is because there are legitimate MLM companies in New Zealand that are structured in a similar way. The salespeople are incentivised to recruit other salespeople. These businesses are legal, and they offer real products and services, not gimmicks.

But again, if the group or company makes money not by selling a product, but through recruiting new members, it’s a scam. If you need to ‘pay to play’ – either to join, buy heaps of products or for training – it’s time to dig deeper. Sometimes you need to do your research and ask a few pointed questions to flush it out.

If you’re climbing a pyramid, jump off early!

You may find yourself, your loved ones or your community swept up in pyramid mania. The key is to jump off as soon as you realise it’s heading in that direction. The higher you get, the more precarious it gets.

It would feel awful if you had unwittingly recruited your family, friends, and community – putting in money no one can afford to lose.

Let’s look out for ourselves, each other, and especially our communities, which can be prime targets for fraudsters.

This year the Commerce Commission has been focusing on pyramid schemes. If you’re interested in learning more on how these work and how to stay safe, they have great information here.

Key to remember about pyramids

Hello Tom Hartmann, Thanks for your Fabulous post on “How to spot a pyramid scam.” Also, you well described the difference between the Pyramid scheme & Ponzi Scheme.

Investing your dollar to vote for the future you want