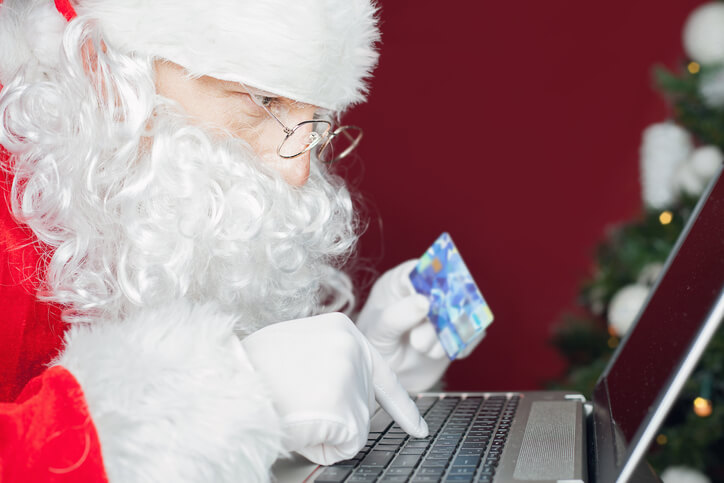 This is not meant to urge us all to get spending, or for anyone to feel like they’re behind the times. But believe it or not, by this time of year up to a quarter of us have already begun Christmas shopping. Talk about early. That said, wholesalers and retailers have been preparing for their biggest time of year at least since July.

Hang on, before things get out of hand, let’s take a deep breath and do some planning first. There’s going to be a lot of spending coming up. Last December, for instance, we hit it hard here in New Zealand, with close to $6 billion in card transactions alone.

The idea is to make it through the holidays sticking to what’s right for us, without racking up any more debt than necessary. Ready?

Shopping these days often begins digitally, and big holiday money will be spent on those tiny supercomputers we carry around in our pockets. Happily, mobiles can be extremely helpful when planning our spending, too.

Consider this. In the past two years, according to Google:

You see, we’ve gone research mad. And handsets are great tools for comparing products and watching online reviews. I’d say all this research is a good sign, if it means we’re putting more thought into our choices.

When it’s time to buy a gift for my 10-year-old scooter-mad son, he already knows the best kit out there and where to find it. That makes it so much easier to plan ahead.

Where will the money come from? Whether it’s for gifts, décor or all the trimmings, there will be a fair bit of dosh needed. Not to mention all those spontaneous celebrations with whānau and friends.

As usual, the choice is either to use savings or whack it on credit. The more we set aside now, the less we’ll have to borrow later.

Sometime between October and December, we all could use an extra paycheque to help out with the holiday expenses. Extra work, overtime, jobs on the side – October and November are good long months to squeeze out some extra pay to put towards Christmas.

And if you’re paid each fortnight, there’s good news: instead of just two, twice a year you get three paydays in the same month, due to there being 26 fortnights a year. Depending on what week you’re paid, one of those extra ones may fall in either September or November, just in time for the holidays. Since many of our bills fall on a monthly schedule, this is a chance to reroute a bit of extra money towards a festivities fund.

Remember to pay yourself first – and by that I mean setting money aside as soon as you’re paid. This way the money will be there when you need it, whether you’re starting your research on your mobile now or planning to wait until Boxing Day comes around.