6 steps to get your money Sorted

Get your KiwiSaver on track

Work out your retirement number

Set your goals, then reach them!

Tackling debt
How to use Buy Now, Pay Later
Before borrowing
How to become debt free
Credit reports
Know your rights when it comes to debt
Pros and cons of debt consolidation
Credit cards
Car loans
Personal loans
Hire purchase
Student loans
Getting a fine

Retirement
About NZ Super
This year's NZ Super rates
When you’re thinking of living in a retirement village
How to plan, save and invest for retirement
Manage your money in retirement
Find housing options in retirement

Browse our most popular topics

Hākari: a symbol of aroha

8 ways to hack Christmas when you’re stretching the budget

It’s on! This silly season, try these 8 money hacks

Sorted in Schools Sorted at Work

Having a Sorted account lets you see your personal dashboard, save your tools and track your progress. By creating an account you consent to receiving helpful emails from Sorted, although you can opt-out at any time.

The rise of the gig economy - what does it mean for retirement? 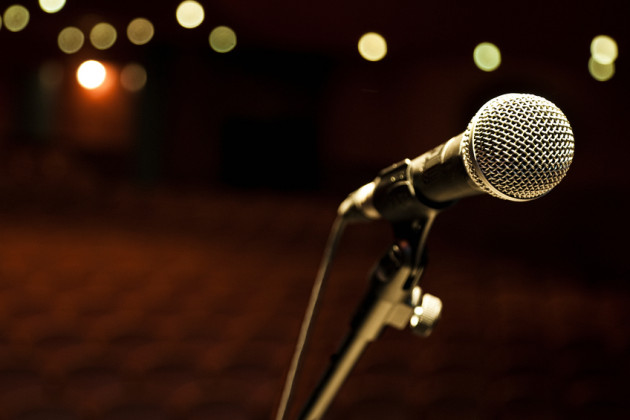 Change is good, right? While that can generally be true, many times we have to make sure it’s so.

Take work. It’s changing. The “gig economy” – where workers bounce from one job to another instead of working full time – is on the rise. But it’s up to us to make sure that it’s a change for the better: that we can adapt, earn well and reach our long-term goals.

The chance that we might not reach our goals is essentially what we mean by “risk”. How much risk do younger people run as they enter the workplace today? Will they be able to hit their long-term targets?

When I think of a traditional career path, I think of doctors. As my father-in-law, who just retired from running hospitals, explains, after med school and picking a specialty like surgery or obstetrics, many doctors can end up doing the same job for over 30 years. “Can you imagine doing the same job in the same hospital for that long?” he asks. Hardly. This would bring its own challenges, but uncertainty of income would not be one of them, and long-term planning would be more workable.

But it’s common these days to have multiple careers instead of just one (even doctors do at times), and since we’re living longer and working longer, we can expect this to happen even more. It makes long-term planning more of a challenge.

My own trajectory has had much more turbulence as I’ve bounced around a variety of jobs. Not counting the early gardening and house painting, there’s been journo, musical writer, refugee worker, technical writer, editor, translator, bank rep, comms manager and now this. Steady income has not always come with these, as I’ve been an independent contractor at times. Retirement planning was easy to overlook.

On to the next big gig

For those starting their careers nowadays, the workplace is even more varied. A recent overseas study shows the significant rise in “alternative work arrangements” in the past 10 years – temp workers, on-call workers, contract workers, independent contractors, freelancers. We’re seeing more and more of what’s being called the “gig” economy – once a term only used by touring musicians – here in New Zealand, too.

Some of this may be due to the global financial crisis, with many forced to stretch themselves and find whatever work was out there. But many of these less-formal work situations are the result of technology. Call centre workers can work in the lounge; commuters can be Uber drivers on the way home. Small businesses are being run off of the dining table via the Internet.

All this is great in terms of flexibility. And for those who are stretching their careers past the traditional age of 65, it also offers new opportunities and options for working. With so many beautiful places to live in New Zealand, why wouldn’t you bring your work and live where you want to if you could?

Safety nets for the future

But there are also calls for a more robust safety net for people. Gone are the days when our retirements and insurance were looked after by our employer. Happily, ACC, the public health system, NZ Super and KiwiSaver are already in place. Instead of losing a pension when we change jobs, our KiwiSaver accounts stick with us when we bounce.

Unfortunately though, it is often those in gigging jobs who tend to miss out on KiwiSaver’s benefits, while those in steady employment reap the rewards. We may end up with KiwiSaver “haves” and “have-nots”. What drives up risk in the new reality are uneven incomes, not being able to contribute regularly, and a lack of employer contributions to KiwiSaver.

True, the government’s contribution of $521 each year, provided we put in at least $1,043, remains, and is on average worth close to $36,000 over a full stretch of KiwiSaver membership. But will that be enough? We’ve got to make sure we’re putting away what we’ll need to hit our target.

Sorted’s KiwiSaver savings calculator and retirement planner make it easier to project the future and see our long-term goals.

Perhaps we will need a gig on the side, a second income stream, another dining-room-table business. It may be hard to say what the solutions are until they come into focus, but a helpful first step is to see whether we’re on track for what we want to achieve.

For those starting out

With so many changes in careers these days, the question becomes for those just beginning: what are our core skills that we can bring to this world to make it better? The jobs and industries may change, but we can rely on our talents (which we’ll hopefully keep expanding).

For me it’s been working with words to communicate, and understanding people’s behaviours around finance. (Jury’s still out on whether these have indeed made things any “better”. I’m working on it!)

There will always be a need for talent – we just can’t be so confident about what the work will be like, exactly.

10 KiwiSaver hits and myths to know

No one has commented on this page yet.

Shifting the dial – having the confidence to kōrero about money

Can your investments make money while also doing good for the world?

I am looking for…